Present in Germany since 2001

Iberdrola supplies energy in Germany to industrial customers and has been operating the Wikinger offshore wind farm with an installed capacity of 350 MW since 2017. It is currently constructing the offshore wind farm Baltic Eagle (476 MW) and is developing Windanker (300 MW), its third major offshore wind project in the Baltic Sea. The combined capacity of the three offshore installations, which will exceed 1,100 MW in 2026, shows that investments in renewable energies contribute to establishing a sustainable industry with significant growth potential, along with the creation of high-quality jobs for German companies. Likewise, several areas of the country offer the right conditions to continue investing in renewable energies. In this context, Iberdrola plans to increase its clean energy generation activity in the coming years based on photovoltaic solar, onshore wind power and green hydrogen.

One of the Iberdrola group's main growth platforms is in the development of offshore wind projects, key to future growth based on quality and operational efficiency. The company has 1,258 MW in operation and plans to operate 7,000 MW of this technology by 2027, of which 2,600 MW are already under construction.

In Germany, thanks to an innovation-friendly environment and flagship institutions, coastal regions are currently developing an impressive and dynamic offshore wind industry that will take a leading role in Germany's energy transition in the coming decades 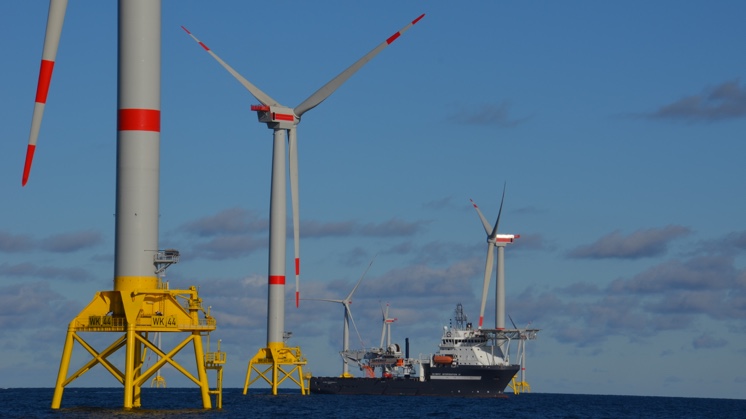 Iberdrola is one of the world's leading energy companies, a leader in renewables, which is spearheading the energy transition towards a low-emission economy. The group supplies energy to around 100 million people in dozens of countries and carries out its renewables, networks and commercial activities in Europe (Spain, the United Kingdom, Portugal, France, Germany, Italy and Greece), the United States, Brazil, Mexico and Australia, and maintains as growth platforms markets such as Japan, Taiwan, Ireland, Sweden and Poland, among others.

With a workforce of almost 40,000 people and assets of over €141,752 million, in 2021 it had revenues of over €39,110 million and a net profit of €3,885 million. The company contributes to the maintenance of 400,000 jobs in its supply chain, with annual purchases of 12.2 billion euros. A benchmark in the fight against climate change, it has allocated more than 130,000 million euros over the last two decades to building a sustainable energy model, based on solid environmental, social and governance (ESG) principles.