Iberdrola Renouvelables France develops, builds, and operates renewable energy projects in France; we prioritise respect for the environment and the social and economic development of the regions where we operate. 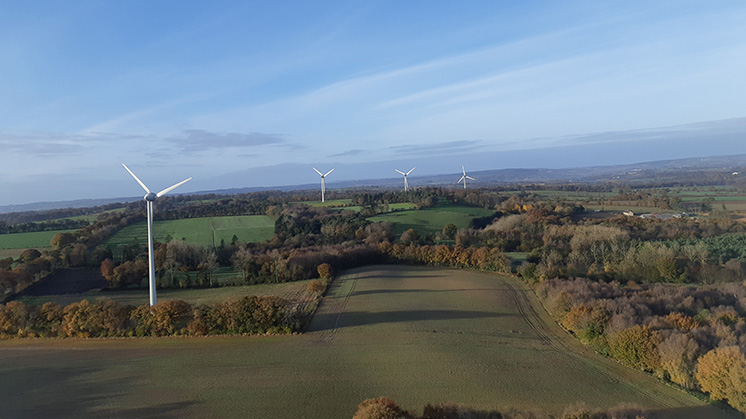 In 2012, we were awarded the Saint-Brieuc offshore wind project, which is being developed through the company Ailes Marines, a 100% subsidiary of Iberdrola Renouvelables France. Construction of this 496 MW project, located in Brittany (Saint-Brieuc Bay), began in the first half of 2021 and is scheduled for commissioning in 2024. Both the construction and operation of this project will have a major economic impact with the creation of more than 300 jobs in Brittany and, with the construction of the new wind turbine factory in Le Havre, more than 750 jobs in Normandy.

To accelerate the growth of onshore renewable projects and strengthen our presence in France, in July 2020 Iberdrola acquired the French company Aalto Power, with 118 MW of onshore wind generation that we operate in different regions of France. We also have a portfolio of more than 700 MW of both wind and photovoltaic projects that are at different stages of development.

We are also exploring, through pilot projects developed with French companies, the feasibility of agrovoltaics, to promote the coexistence of photovoltaics and the agricultural industry.

With this purpose, we have several ongoing collaborations to develop a solution with retractable solar panels that regulate light and shade in order to protect plants from heat waves, drought, hail or frost. Another example is a collaboration for the development of systems to increase productivity on livestock farms involving the use of photovoltaic energy.

In 2022, Iberdrola has signed its first PPA (Power Purchase Agreement) in the country by partnering with the chemical group Solvay in a project to supply green electricity to its plants in Tavaux and Saint Fons. The initiative envisages the installation of a photovoltaic plant that will produce almost 75 GW/h per year, 60% of which will go to Solvay's industrial sites. 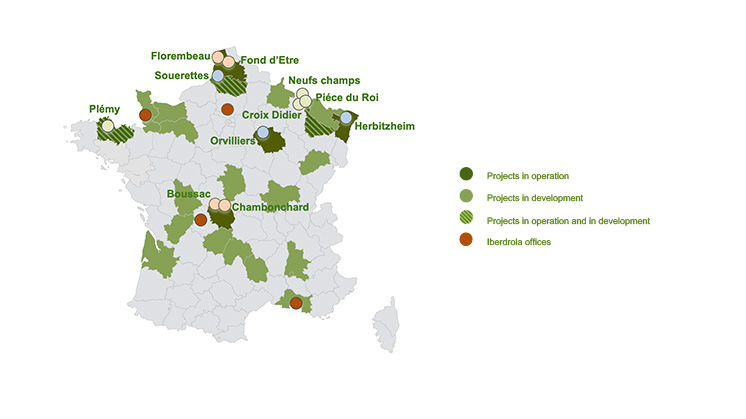 Iberdrola Renouvelables France has a team of 50 people, located in our offices in Paris, Marseille, Saint-Brieuc and Limoges.

Thanks to our know-how and experience in the renewable energy sector, as well as our local partners, we are poised to become one of the key players of the energy transition in the French market.